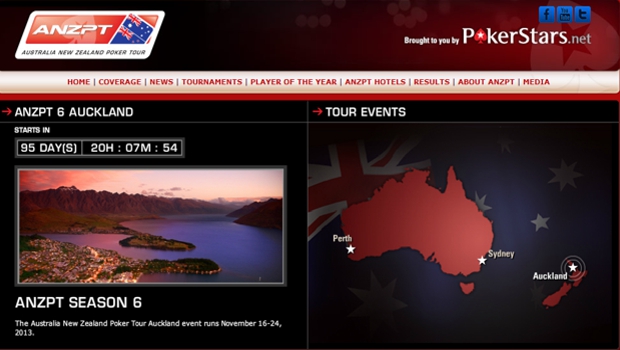 The 2013 Australian New Zealand Poker Tour (ANZPT) Queenstown Main Event which concluded last weekend was quite a small event with only 126 players paying an amount of NZ$ 3,000 ($2,700 + $300) to play but although it was not a very important tour it was, however, a tour made very special due to the fact that the winner of the amount of NZ$ 93,600 ($75,469) was a man living with cerebral palsy, Jonathan Bredin.

Bredin is confined to a motorized wheelchair and because he has severe limitations in his movement as well as difficulty in speaking, he makes use of a customized iPad combined with a friend to assist him in making his thoughts known to others.

Bredin’s friend, Chris, showed him his cards and served as his hands during the poker tournament in order to manipulate his chips for him and also helped him to verbalize his actions to the other players.  Chris did not, however, collaborate on any decision making with Bredin who was the only one who strategized and made the moves.

It is not known whether it was a premonition or not but Bredin has a tattoo of his exact winning hand on his left arm.  Evidently when Bredin decided to get a poker tattoo he felt that pocker Aces were too boring so he opted for Kings instead.

Bredin is hoping to spend his winnings on the purchase of a special car that will enable him to get in and out of venues easier.