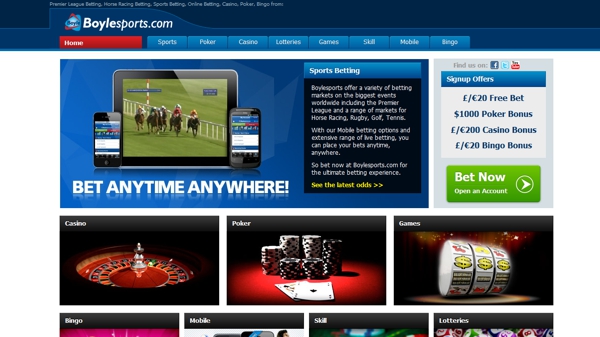 Leading Irish bookmaker Boylesports has opened an office in London in order to recruit staff that they require to support the ambitious growth strategy for the forthcoming expansion of its digital business.

Boylesports, which is controlled by founder John Boyle, has announced that they have appointed James Arnold, the former head of European marketing at rival Sportingbet, as its Chief Marketing Officer of Online.

In a statement made to the Irish Times, James Arnold said that Boylesports had an ambitious growth strategy and that they realized that the staff and skills that they required were more likely to be available in a large urban center than in its home base and therefore opted for the British capital because it is targeting that specific market.

Arnold added that another reason for having chosen London was due to the fact that several of Boylesports’ strategic partners and affiliates, which include software developers and other suppliers, have their offices there as well.

A few of the staff of five that is now based in the new London office formerly worked with Arnold at Sportingbet.   Boylesports feel that they are in a good position to add to the number of staff in due course.

Boylesports has 180 shops and over the past year the group invested over €1 million in technology and systems.  The group took more than €1 billion in bets last year.