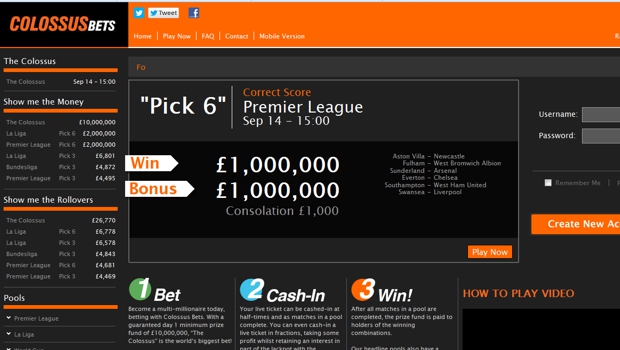 UK based leading online sports betting company, Colossus Bets, has revealed that it has signed a new partnership with Michael Owen in terms of which the 2001 European Footballer of the Year and former England striker will become the brand ambassador.

Owen, who scored 40 goals for the England national football team between 1998 and 2007, will give Colossus advice and also play the weekly seven-leg, correct score football pool himself.

Owen was the winner of the “European Footballer of the Year” award in 2001 and is currently a football commentator for TV channel BT Sport that is based in the United Kingdom.  He revealed that he did not hesitate to get involved with Colossus Bets whose concept is one of the most innovational and exciting betting ventures that he has ever seen.

The new brand ambassador added that the idea that football punters have an opportunity of winning a weekly £ 10 million prize by laying out a mere £ 2 is an extremely attractive proposition.  He added that we now have lottery-sized prizes that can be won on the sport that he loves for the very first time.

Bernard Marantelli, Chief Executive Officer for Colossus Bets, is thrilled that someone of Owen’s standing has seen Colossus Bet’s potential.