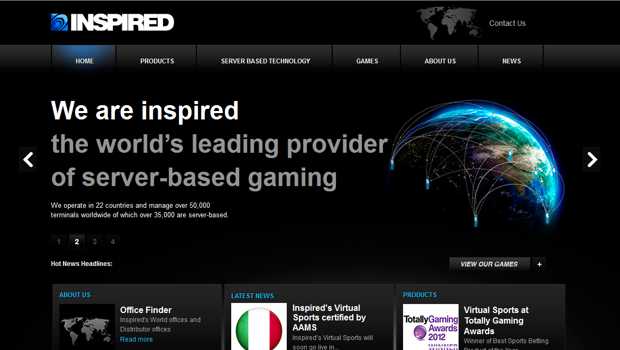 Inspired Gaming Group, one of the leading server-based gaming specialists, was recently certified by Italian gambling regulator AAMS to sell its Virtual Sports platform in Italy and is now ready to launch its virtual sports products in the Italian market where it has become the supplier of choice.

Inspired has become the second company to be awarded a virtual sports license in Italy and follows Kiron Interactive, the South African supplier, who was approved by AAMS earlier this month.

The Virtual Sports platform is expected to get underway in Italy within six to eight weeks of final testing before it goes officially live in the venues.

Inspired Gaming has already secured contracts with nine of the market’s major operators which include SNAI, Sisal and Lottomatic.  Insired is set to power approximately 90 per cent of the virtual sports market in Italy, spanning 12,000 venues and over 50 websites.

Eight Inspired Gaming products will be launched in Italy and will include football, horse racing, trotting, tennis and motor racing. Additional sports are also due to go live within the next few months.

Vitaliano Casalone, President of Inspired Gaming Italy, said that the company’s virtual sports products generate 10 per cent of over the counter bets in the United Kingdom and that the company is confident that its products will be as popular in Italy.  Casalone added that they are proud of the fact that they supply a huge variety of sports with premium graphics and a range of betting markets for retail, online as well as mobile channels, which have generated the most income for their customers.

Inspired’s products serve a variety of markets which includes China, where its products have been supplied to AGTech and joint-venture partner Ladbrokes in order to launch Virtual Football and Lucky Racing Game with the Jiangsu and Hunan Sports Lotteries respectively.  Its’ products generate in excess of €5bn in revenues and €700m in gross win around the globe.