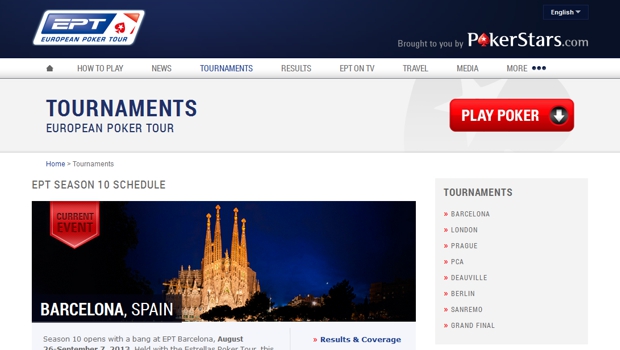 An amount of €10,000 buy-in for entry or re-entry into the European Poker Tour Barcelona High Roller event was put up by a total of 180 players.  This resulted in a total prize pool of €1, 764,000 being created.

Thomas Muhlocker succeeded in coming out on top after three days and secured the title and a payday of Є390.700.

Muhlocker’s victory did not come easily for him and it was necessary for him to overcome a 6-1 chip lead heads up with Daniel Negreanu who managed to dominate short-handed play but fell victim to a number of coolers in the heads-up match.  Negreanu ran fours into aces and nines and eventually bust>ed when his A-Q could not catch up with Muhlocker’s A-K.

A couple of days prior to Negreanu’s score, he quit the same tournament under protest by moving in all blind because of having received an unfavorable ruling.   The newly instituted “first card off the deck rule” resulted in Negreanu’s hand being declared dead but the Canadian pro was adamant that he was at his seat when the penalty was given.