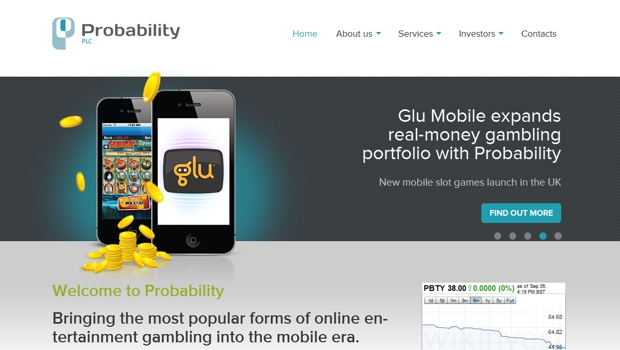 Probability, one of the leading mobile gambling software providers, has confirmed that Matthew Sunderland, its Chief Operating Officer, has resigned from the company.

Sunderland, who joined Probability in 2009, will be pursuing opportunities outside of the United Kingdom.  His stint at Probability saw him acting as Managing Director of consumer brands where he oversaw Probability’s commercial strategy which included promoting the company’s mobile casino offering, LadyLuck’s.

Probability does not intend replacing Sunderland at the present moment and has distributed his responsibilities amongst its other senior managers which include Charles Cohen its Chief Executive Officer, Qurban Hussain its Chief Financial Officer and its’ newly appointed Head of Business to Business, Glen Elliot.  After previously managing Probability’s subsidiary office in Gibraltar, Glen Elliot has relocated to the UK in order to take up the role.

The group’s Chief Executive Officer, Charles Cohen, said that they are extremely grateful to Sunderland for his remarkable contribution to Probability over the past four years during which time he turned LadyLuck into the leading mobile casino in the United Kingdom.  Cohen added that due to Sunderland’s skills in media, Probability has been able to take advantage of the potential of TV advertising.  Cohen wished Sunderland lots of luck with his new overseas ventures.

Probability launched in 2004 with the aim of bringing entertainment gambling into the mobile Arena.

The group is licensed by the UK Gambling Commission and the Government of Gibraltar.