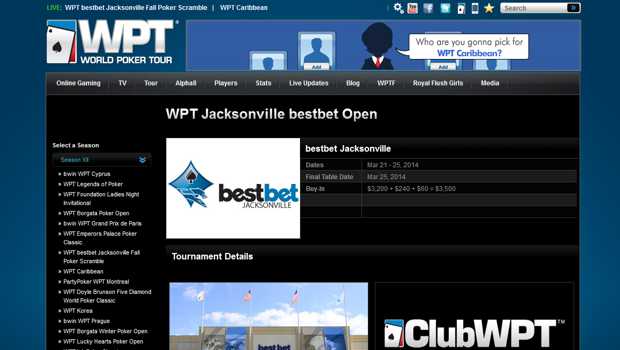 Two World Poker Tour events took place over the weekend with high rollers playing on the island of St.Kitts in the Caribbean and other poker players taking on tables that were arranged around bestbet Jacksonville in Florida.

A total of 23 players came out to the Caribbean for the third stop on the World Poker Tour Alpha8 tour.  Erik Seidel, Mike “Timex” McDonald, Scott Seiver and Jonathan Duhamel were among many prominent professionals who were drawn to the $100,000 buy in event’s lineup.

Saturday saw five more players entering, thus bringing the total entries for the event to 28 with a $2,716 million prize pool to be shared amongst five players.

Sunday’s plan was for the final 16 players to play down to a champion with the final prize of $1,086,400 for the first place check and the third-ever WPT Alpha8 trophy awaiting the winner making it well worth the long day of work that awaited the contenders.