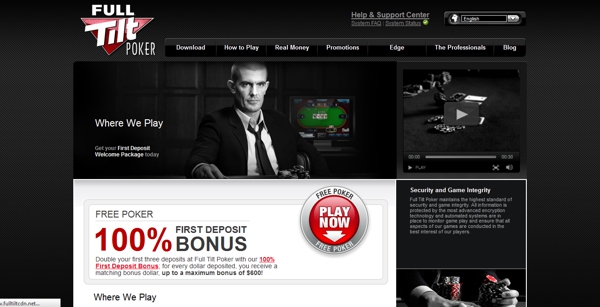 Live Montreal Festival to be Hosted by Full Tilt Poker

Full Tilt Poker, the leading online poker room, has announced that it will be hosting a live poker series in the Montreal area over a period of two weeks, commencing on 21st September, 2013.

Full Tilt Poker is guaranteeing a prize pool of C$1 million for the Main Event of the tournament which will be a re-entry event with three starting flights.

The online poker room will be running qualifiers for the Main Event on its site every Sunday at 7.00 pm ET at a cost of $100 + $9 for direct entry.  Full Tilt Poker is also offering several satellites to the $109 qualifier with prices starting at a mere 55 cents.

The Full Tilt Poker Montreal Festival is scheduled to take place at the Playground Poker Club in Kahnawake which is located approximately 20 minutes south of downtown Montreal.