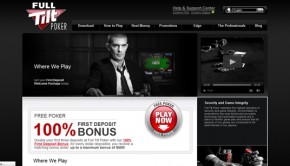 Live Montreal Festival to be Hosted by Full Tilt Poker

Full Tilt Poker, the leading online poker room, has announced that it will be hosting a live poker series in