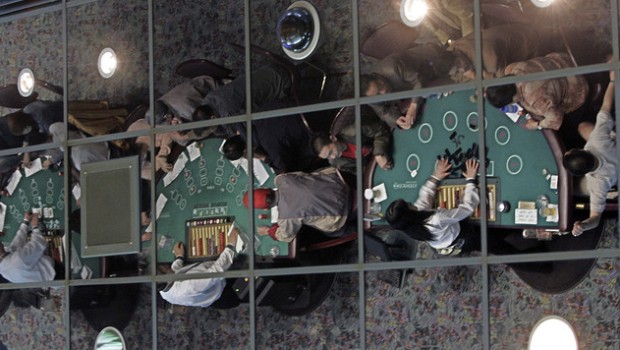 As online gambling gets off to a good start in Nevada, New Jersey and Delaware, the American Indian tribes are also seeking a share of the pie. There are as many as 460 gaming facilities owned and operated by American Indian tribe but none of them offer online gambling. According to the American Gaming Association, Americans spend as much as $4 billion while online betting generates as much as $30 billion worldwide.

With competition likely to intensify in 2014 amongst US states, around 240 Indian tribes are said to be eager to join the competition. New Jersey hopes to collect as much as $1.2 billion a year from online betting. However, Fitch Ratings estimates figures between $300 million to $750 million for the next few years.

The Alturas Indian Rancheria Tribe in rural California is expected to launch the country’s first tribal online gambling site soon. In addition, the Lac du Flambeau Band of Lake Superior Chippewa Indians in the Midwest is also in the running with preparations in full swing in the hopes that more states and the federal government will approve of online gambling soon. The Cheyenne & Arapaho Tribes in Oklahoma also has plans to launch a site that targets players worldwide.

Over the years, American Indian tribes have been divided in their opinion on online gambling in their reservations. Those that approve have set up websites that offer free games. However, those against the move fear losing business at their land based casinos.

The federal government recognizes tribes as sovereign nations where gaming revenue is exempt from federal and state income taxes, and local property taxes. Some tribes have a revenue-sharing arrangement with states often with an agreement to keep out privately run casinos. In 2012, tax revenue collected from non-tribe casinos was $5.6 billion.

In accordance with the Indian Gaming Regulatory Act of 1988, any tribal gaming ordinance and casino management contracts much be approved by the federal government. However, this applies only to ‘Class III’ gaming that includes slots machines, craps, roulette, and blackjack. American Indian tribes have full authority over bingo, lotto and punch boards, which are classified under ‘Class II’ gaming. The tribes in Oklahoma and California plan to launch online games that involve Class II gambling in order to make the most of the prevailing laws.

Although the state of Oklahoma does not yet permit online gambling by its residents, the Cheyenne & Arapaho Tribes will be allowed to target online gamblers from outside the U.S. The tribes in return will give 10 percent of their revenue from online card games to the state and an additional six percent from revenue generated from online bingo, lottery and other games.