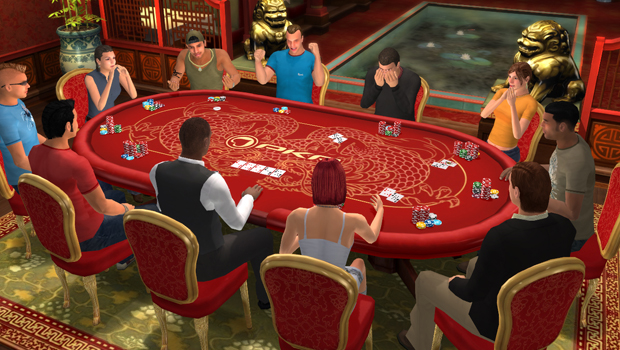 According to reports released by the Nevada Gaming Control Board, online poker is slightly ahead of online bingo in terms of revenue generated. Online poker generated revenue worth $8.5 million since its launch in Nevada. Three companies are licensed to offer online poker in Nevada. Online poker accounted for total revenue of $824,000 which is only 8.9 percent of the $9.3 million card-game revenue. Ultimate Poker, WSOP.com and Real Gaming operate the three online poker rooms operating in Nevada and are owned by Fertita Interactive, Caesars Entertainment and South Point respectively.

The Nevada Gaming Control Board recently released revenue figures for the month of February. Total gaming revenue dropped 13.7 percent as compared to the previous year. While casinos across the state generated $926 million, the Las Vegas Strip accounted for $555.7 million which was 20.2 percent short from February 2013. Revenue earned by Washoe County casinos dropped by 1.41 percent to $58.7 million.

The latest compact signed between Nevada and Delaware to share online poker liquidity is likely to boost overall revenue as more players may sign up for online poker. Nevada is a small state with a saturated market and the recent interstate compact on the sharing of liquidities with Delaware may lead to a hike in the current revenue figures next February. The process involved in the interstate compact is currently pending. According to experts, as many as 500 players must be online simultaneously to make online poker profitable in Nevada. However, only a quarter of that figure is connected simultaneously on one of the three online poker rooms.

Several operators that were granted licenses earlier by the Nevada Gaming Control Board are yet to launch their online poker rooms. This includes MGM Resorts, Boyd Interactive Gaming, Golden Nugget, Boomtown Reno Truckstop, Grand Sienna and Z4Poker. The Board has given them six months to launch their sites or else their license will be revoked. To obtain a full scale license companies are required to pay an entry fee of $500,000 in addition to an annual subscription fee of $250,000. Several operators are of the opinion that the Board needs to reconsider the fee structure. According to PokerScout, online poker traffic fell 15 percent globally on a year-on-year basis for the first quarter of 2014.

In other news, New York is looking at offering online poker but the government seeks to allow for more licenses for land-based casinos. According to the Gaming Facility Location Board, the fee to operate these casinos is likely to be between $20 million and $70 million, which will depend on the location of the casino.