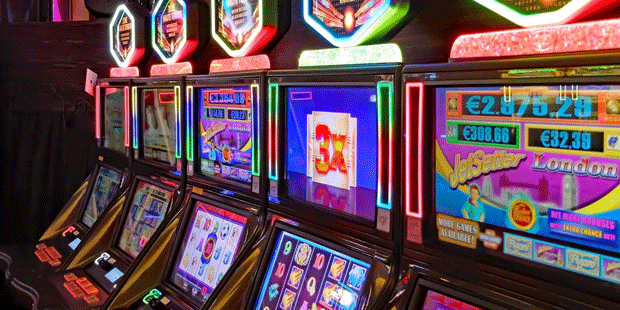 Playing Pokies from Your Armchair

“Pokie” is a word that you can hear often from slot devotees coming from Australia or New Zealand. The term is used to denote the well-known slot machines that can be found in any web-based or virtual casino all over the world. Many people love the thrill of watching the reels spin and hope for the symbols on the reels to line up in the best possible way.

Pokie sites typically provide a variety of options to players. Their charm partly stems from the fact that they do not have intricate game rules. In addition to that, pokies come with cheerful symbols that can lift everyone’s mood. As for now, gambling on slots is a prolific niche of the industry worth billions of dollars.

The first slot machines, nowadays referred to as classic slots or classic pokies, feature 3 reels marked with various symbols such as fruits, stars, Lucky Sevens, etc. Over the years, the admired slot games have evolved further to provoke the interest of more players.

Slot machines are operated by different software providers. To keep players engaged, software suppliers created pokies with extra features such as more paylines, bonus rounds, 3D graphics, and many more. In the lines below, we will provide you with comprehensive information regarding online pokies’ most distinctive features:

Even though there is not a particular strategy that is able to influence the outcome of the games of chance such as pokies, you can pick slots with a high RTP rate. By rule, the higher the RTP rate is, the bigger the chances for players to win in the long run are. Players should be informed that the RTP rate is always calculated on the basis of the total amount of a player’s wagers over a specific period.

The RTP is important as it also shows the house edge that is inherent to a particular game. It is important to note that online slots or ‘pokies’ are known for their ranging house edge between the different games. A high RTP rate is considered to be at least 98% or more, while some RTP rates are set at 94.99% or even less, which is an unfavourable scenario for the slot players. Some pokies with high RTP rates include Ugga Bugga (99.07%), Mega Joker (99.0%), Blood Suckers (98%), etc.

There are three types of pokies in terms of volatility, and more precisely high, medium, and low. High-volatility pokies are suitable for players whose bankroll size is large enough to bear long losing streaks. These types of slot machines offer larger payouts, but they are also riskier as winnings are less likely to occur.

As you can see, there is a direct correlation between the size of the potential amount you can win and the risk you take. Therefore, if you do not have some cold cash to spend on pokies, better go for low-volatility slot machines that pay less, but winnings are more frequent. Medium volatility slots are the most popular among players due to the fact that they offer decent and more frequent payouts. In addition to that, slots enthusiasts can enjoy many a good-enough number of bonus features.

Slots that have a higher RTP rate and winnings are not such a rare occurrence are often called “loose”. The other type of pokie machines is referred to as “tight” as these yield winning outcomes less often and the RTP is less favourable to players. However, the “tight” pokies offer higher payouts compared to their “loose” counterparts and that is the reason why some seasoned slot players prefer them.

Pokies feature a remarkable variety of themes that can take players to different places such as jungles, oceans, deserts, etc. Slot fans can also take a trip back in time to ancient cultures such as the Inca or Ancient Egypt civilization. Both 3-reel and 5-reel pokies feature rich themes, high-quality graphics, and crystal-clear sound effects to create an immersive gaming experience.

Fun and exciting, online casinos allow slot fans to play their favourite games from the comfort of their homes. To further enhance the gaming experience, software providers created different types of pokies. Undoubtedly, slot mavens who prefer to play at a virtual casino will find a greater variety of pokies compared to the land-based casinos’ selection of slots.

Slot admirers can play pokies at any land-based gambling venue and virtual casino. We cannot say which one will provide you with a better gaming experience as both come with their advantages and disadvantages. In addition to that, it depends on your individual preferences. The land-based casino experience is worth its salt due to the social aspect it brings. However, playing pokies at a web-based casino has its pros, including: