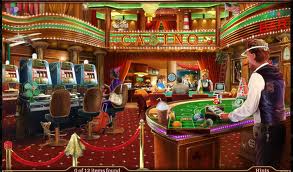 Casino gaming platform suppliers and operators continue their quest to carve a niche in the industry both online and offline with Golden Gaming the latest to announce the expansion of its slot route empire Golden Route Operations (GRO). The gaming operator recently reached an agreement to acquire the slot route operations and 870 slot machines of Northern Nevada’s Strategic Gaming Management.

GRO is a subsidiary of Golden Gaming while Strategic Gaming Management operates in over 100 locations across the state of Nevada. With this new agreement the number of GRO gaming devices in Nevada reaches the 8,000 mark across 700 locations. While GRO’s director of Northern Nevada operations, Jimmy Wadhams, retains his position, former Strategic Gaming team member Craig Soper, will assume the lead role as Nevada account representative. Golden Gaming will take over its management role on January 1, 2014.

In other news, online gaming platform iSoftBet expanded its branded games range with the launch of Beverly Hills 90210. Based on the 1990’s popular television series, the themed slot machine offers 243 different ways to win. To boost a player’s winning chances Beverly Hills 90210 features a Transformer symbol while the gaming platform also promises a host of audio and graphics. According to Luci Apostolou, sales manager of iSoftBet, the platform’s branded content has always been popular and Beverly Hills 90210 promises a fantastic and engaging gaming experience.

Another online gaming platform supplier Tain, entered into an agreement with Dutch land-based casino operator Casino City to provide fully compliant gaming systems. This is its second partnership in the Netherlands, the first being with land-based operator, Krijco. The deal covers its casino, sportsbook, poker, and payment services for online gaming. The new website design will enable players access to a range of environments such as mobile and tablet devices. A preview of the new website is expected in the first quarter of 2014. Mario Singels, director of Casino City expressed his satisfaction with the new agreement and the possibility of providing players the best games with the best features from third parties in the market. Tain’s sales director, Nicklaus Sturk said the support from local operators in Holland was very encouraging especially as Dutch regulatory standards were in its early stages. Casino City is Amsterdam’s largest casino operator with as many as five venues in the capital.