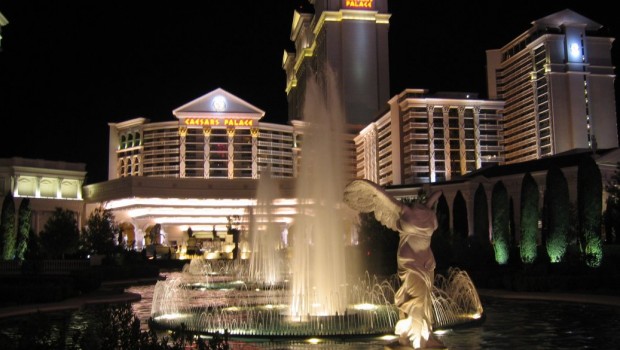 Following the announcement of its intention to boost its New Jersey offerings, US slots developer High 5 Games struck a deal with Caesars Interactive Entertainment. As per the agreement, the games developer will integrate its remote games server into CaesarsCasino.com. Companies with a license to operate online casinos in New Jersey are leaving no stone unturned in a bid to woo punters with the latest offerings, and Caesars is no exception. It expects to boost its portfolio with High 5 Games’ video-reel slot machine games. The developer has provided a range of titles to land-based and online casinos with old classics like Da Vinci Diamonds one of the most popular.

Since its establishment in 1995, High 5 Games has created hundreds of games available at casinos in over 150 countries. Its flagship social casino, High 5 CasinoTM boasts of over 1.5 million active players while it also operates the first ever social casino in the Asian market, Shake the SkyTM. The New Jersey Division of Gaming Enforcement approved of the deal which allows Caesars Interactive Entertainment access to titles from High 5 Games offering for real money play. This includes titles such as Dangerous Beauty, Shadow of the Panther, Sirens, and Jaguar Princess.

High 5 Games’ chief operating officer, Med Nadooshan reiterated that many of the developer’s top games were already installed at Caesars land-based casinos, which their online partnership was a natural step in the right direction. Nadooshan also said that online casino players are keen to play games they enjoy at land-based casinos and Caesars aims to bring them right to their doorstep. Geoff Stewart, senior vice-president and general manager of Caesars Interactive Entertainment’s online gaming division said the company was thrilled to add High 5 Games’ diverse and engaging content to their online games library for New Jersey visitors and residents.

News of the agreement follows Caesars Interactive Entertainment’s announcement of its agreement with US distributor KGM Gaming and gaming content developer Spin Games to provide a remote gaming server and gaming titles for its New Jersey online gambling operations. KGM is the first company to offer a complete working remote games server to the New Jersey Division of Gaming Enforcement. Some of High 5 Games’ titles are also available for real money play at other online casinos including Ultimate, Borgata, and Betfair. The deal with Caesars marks High 5 Games’ first official iGaming partnership in New Jersey, making Caesars the first operator in the state to integrate H5G’s suite of games.