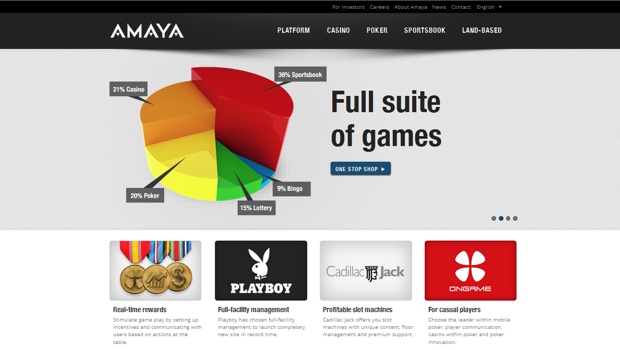 The Canadian based online gambling group, Amaya Gaming has signed a new deal with Leander Games, which will see Amaya’s proprietary and third party operators gain access to Leander’s advanced LeGa platform and the relevant games on this platform.

According to the chief executive officer of Amaya Gaming Group, David Baazov, the group was very pleased to have signed the first part of a multi game distribution deal with Leander Games.  He said that the partnership complements Amya’s existing game catalog perfectly, and now raised the group to the position of offering one of the best casino platforms in the industry.

Leander Games has a portfolio which boasts a number of top titles, including Queen of Thrones slot, Alib Baba slot, Dolly Parton slot and Glutters slot.
Echoing these sentiments was the Chief Executive officer of Leander Games, Steven Matsell who said that Leander was keen to offer the group’s very best games and its partners’ games quickly and easily.  As such, the deal with Amaya further cements the group’s strategy.  He said that Leander regards Amaya as a key player in the industry with great potential in the United States, and he and his group looked forward to watching the partnership with Amaya Gaming develop and grow.