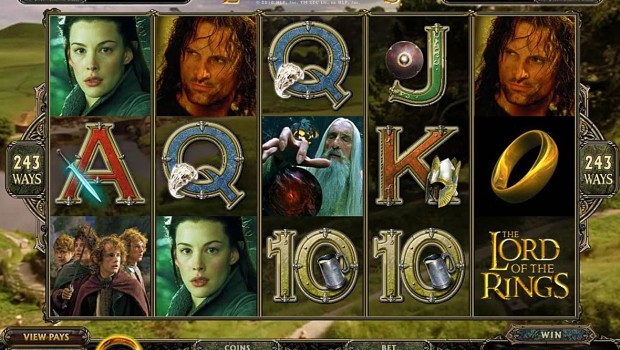 December has been a great month for online casino players with Microgaming wrapping up the year with a variety of games like the seductive and highly anticipated Playboy and the spectacular Christmas themed Secret Santa. Players now eagerly await the launch of the Arthurian adventure themed Avalon II: The Quest For The Grail.

Playboy, the five-reel 243 ways-to-win video slot took the online casino industry by storm with its hand-painted graphics and free-spin feature guided through by a series of girls. According to Playboy’s Jason Turner, the online slot offers players in the EU and other territories a truly unique online gaming experience.

Slots enthusiasts are filled with anticipation of Microgaming’s upcoming release, Avalaon II in February 2014. The visually stunning video slot features 5 reels, 243 ways-to-win and eight bonus rounds. Captivating game-play, craftsmanship and attention to detail are what will make this one of the best new slot titles in 2014.

The other three popular new titles released by Microgaming in October included Dolphin Quest, Rhyming Reels – Georgie Porgie and Paradise Found. While Paradise Found is available on Flash and Quickfire platforms, the other two are also available from Microgaming’s download client. Georgie Porgie is a 5-reel slot with 15 winning pay lines. When three or more scatter symbols appear, players can win up to 25 free spins and a top prize worth 975,000 coins.

Dolphin Quest is a 5-reel, 50-winning pay line slot with scatter and wild symbols with a bonus round. To claim the bonus cash prize all you need to do is stop the reels. Paradise Found is also a hit with slots enthusiasts. The game has 5 reels and 20 winning pay lines, scatter and wild symbols, and a top prize worth 20,000 coins. Then came The Dark Knight Rises, the second in the series of Batman slots, which offers one of the best playing formats and structures. This is one game worth hunting down for many reasons.

Racing for Pinks, a racing themed slot fast tracked onto the casino scene in November. Once the bonus game is triggered, players can race their way around a bonus board in the quest to pick up a range of huge multipliers for picking the winner of multiple races.

In other Microgaming news, Daniel Johansson was recently crowned the winner of MPN’s World Sit ‘n’ Go Masters (WSM). Held in Prague, the tournament features players from around the globe competing in a series of live single table tournaments. Johansson went home richer by €10,102 and made no bones about his intention to come back next year and win it again.

The ‘moolah’ was even more mega for Rachael, who won a staggering €1.08 million in Microgaming’s popular Mega Moolah progressive jackpot slot. The online slot certainly lives up to its reputation of creating millionaires frequently.