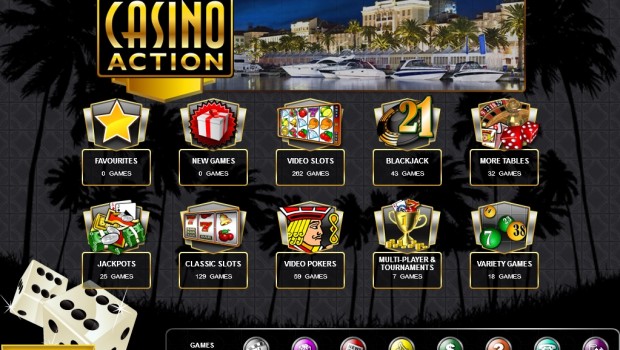 Holiday cheer continues well into January 2014 with Microgaming casinos all set to spoil players with loads of bonuses and promotional offers. Golden Tiger, Casino Action, and Casino Classic are among the Microgaming casinos to offer players the chance to take part in six promotional bonuses available on some of the most popular slots available. These promotions are available with members of the Casino Rewards Group.

Microgaming saved their best slot title for last. Secret Santa is one of the hottest slot titles in December and players can look forward to a grand rewards promotion that continues through until Sunday, 5th January 2014. The 5×4 reel slot is the ultimate festival treat with 1.024 ways to win. At participating Microgaming casinos you can purchase $100, play 100 spins and have Santa add another $25 to your casino rewards account on Monday, 6th January 2014.

There are some cool prizes on Microgaming’s vampire themed slot, Immortal Romance. Players that sign up in the month of December and purchase a minimum of $100 in real account chips will be credited with double points.

The Snow Honey rewards promotion also continues until Sunday, 5th January 2014. Players only need to purchase $20 on Snow Honey, the 5 reel 20 pay line bonus video slot and receive double points. To qualify, you need to have a real player account and purchase a minimum of $20 casino chips.

The fantasy jungle themed Grand Journey also has some great rewards that continue in January. The game offers three additional slot bonuses that include a month of double points rewards. This includes 15 free spins with multipliers of up to 10x. Players can bet as little as 30 cents to $12 and win as much as $12,000.

Fasten your seat belts on Saturday 4th January and you can have a grand time at Racing for Pinks. The racing themed slot will have 10 lucky players pick up $100 per day on the 4th and 5th of January 2014. There is a similar reward for slots enthusiasts who play Lucky Witch between Saturday, 4th January 2014 and Thursday, 9th January 2014. There’s $100 up for grabs to the top 5 wagerers on each day.

Recently, the Casino Rewards Group revamped its VIP Loyalty Scheme to offer online players many of the perks that only players at land based casinos have received so far. VIP points can be accumulated when playing for real cash at the casino or by taking part in promotions. The more cash spent the more the VIP points earned as players continue to progress through the six levels of membership. Green, Bronze, Silver, Gold, Platinum and Diamond are the six levels, where Diamond members can enjoy 5-star dining with their VIP Host as well as complimentary tickets to top sporting events.