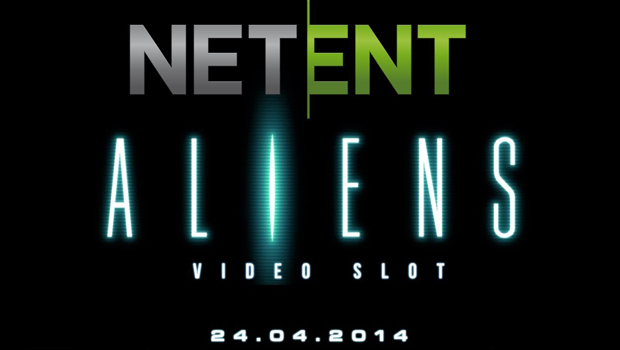 Premium supplier of digitally distributed gaming systems Net Entertainment announced the launch of Aliens, a branded video slot, in front of a packed audience at ICE Totally Gaming. The video slot is based on the science fiction film of the same name. The casino game is Net Entertainment’s first title that features real time 3D graphics and is expected to be officially launched on April 24th at online casinos. The company reaffirmed its commitment to the development of innovative games as it took home the “Innovator of the Year” title at the International Gaming Awards.

Aliens is a 5 reel, 15 pay-line slot that takes all the essential elements of James Cameron’s hit move. At ICE, Net Entertainment released a teaser trailer profiling the game that is expected to be divided in three sections; The Search with up to 14x multipliers, The Encounter, and The Hive where players can win up to 240x of their line bet.

According to Per Eriksson, president and CEO of Net Entertainment, the company was pleased to announce a genuine classic in their best-in-class video slots and will continue to produce better games for the online casino market. The CEO said that Aliens will provide excellent value to operators while players can enjoy all the thrills and spills of the video slot. The game features unique win sequences to keep fans engrossed. Aliens joins Net Entertainment’s list of top notch branded content that includes South Park, Scarface, Black Lagoon and Frankenstein.

Mega Fortune Touch, a key product in Net Entertainment’s Touch portfolio, recently had a Swedish player unlock its jackpot. This is its first ever progressive mobile jackpot payout of €658,148 at Betsson mobile casino. The mobile version of the slots title has been well received by players and offers a high level of excitement and entertainment. The game was developed with the latest HTML5 technology and is compatible with several types of mobile devices including tablets.

Eriksson was quick to congratulate the very first winner and Betsson, and was positive of seeing another mobile jackpot going to a lucky player soon. The CEO said Net Entertainment’s ability to offer their partners and players a seamless gaming experience over multiple device channels added versatility to the product. The company’s other progressive jackpot titles with multimillion euro payouts include Hall of Gods and Arabian Nights.