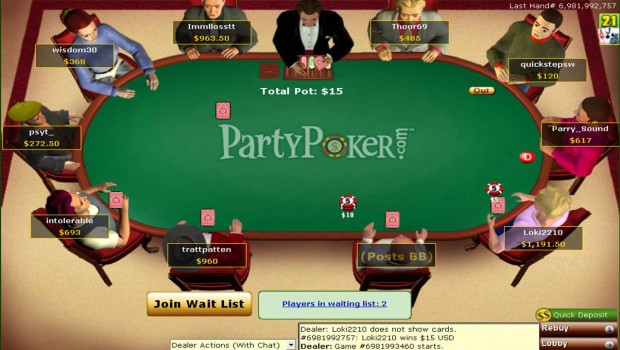 With New Jersey in the fray the stiff competition between online casino operators to bring out new products continues to intensify. Partypoker recently announced the launch of a new mobile app for online poker players in New Jersey. The casino operator became the fourth site to launch an app for the state’s online gambling community with cash games on offer.

Players can compete in real money ring games and fast forward games, and play money games. NJ.partypoker.com and BorgataPoker.com will offer similar apps since they are both powered by bwin.Party.

New Jersey online gambling scene has tasted great success since its launch at the end of November 2013. Three of the top online casino operators have grabbed a significant share of the 125,000 plus accounts with solid daily volume. NJ Party Borgata has the largest share with an average of about 240 cash-game players daily with a peak of 543.

In other online poker related news, experts believe California is not likely to have any online gambling bill passed in 2014 due to it being an election year. In a recent interview with The San Francisco Chronicle, California gaming attorney I. Nelson Rose said the battle for the governor’s seat is likely to halt any progress in online poker legalization. However, he was optimistic of some progress in 2015.

The Golden State with its huge population is regarded as a golden goose for the online gambling industry at large. Despite efforts to authorize online poker in the state in the last few years, tribal gaming groups have never managed to come to a consensus. California remains the top tribal gambling state with revenue of $6.78 billion in 2012. Currently, only Nevada, New Jersey and Delaware offer online poker.