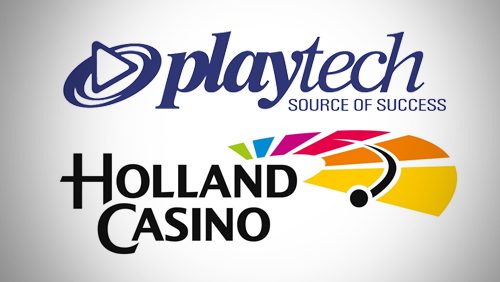 Premium designer, developer and licensor of online casino software, Playtech, recently announced the successful launch of its casino products at OlyBet. The new brand from Olympic Entertainment Group (OEG) aims to attract players from Estonia and Latvia and strengthen both the companies’ presence in the Baltic region. OEG is a leading gambling provider and long term licensee of Playtech with OlyBet the latest online casino to be launched with a number of betting products. OEG’s successful partnership with Playtech over the years was a major influence in the company’s decision to sign a content deal for OlyBet.

Playtech is now officially OlyBet’s exclusive casino provider, which was confirmed by head of OlyBet, Kaido Ulejev. According to Ulejev, the deal allows OlyBet to launch a truly unique product to support their land based casino and sports bar operations. Ulejev said, the casino offers the largest selection of online casino games in the region with an excellent poker interface. It also promotes a host of tournaments and events and boasts of the most favorable sports betting odds. Shay Segev, COO of Playtech was also thrilled about the partnership and OlyBet’s online launch, which allows them to explore new regulated markets. Segev expressed confidence that Playtech’s offering will allow OlyBet to achieve its revenue targets and achieve its business goals.

OlyBet to benefit from Playtech support

The new OlyBet operation was launched on Friday as OEG seeks to gain maximum support from the premium casino games provider. The company operates a number of land based casinos in Estonia, Latvia, Lithuania, Poland, Slovakia, Belarus and Italy, and seeks to boost their brand by offering high quality online casino games from Playtech. Earlier in August, OlyBet went live on the MPN poker network and struck a deal with the Microgaming-powered Quickfire platform for access to over 400 game titles from the other well known software provider.

Playtech is poised to increase its presence in the Baltic region and also offers a range of ancillary services that include marketing, CRM, and hosting services. They develop a diverse range of software platforms and content for both land-based and online casinos. In addition to their OlyBet partnership, Playtech recently announced the launch of its new mobile sportsbook for Ladbrokes. The platform provides a brand new interface and a total revamp of Ladbroke existing platform to ensure high performance, speed and reliability. Dutch giant Holland Casino has also chosen Playtech as its major service provider for poker, roulette, blackjack, slots, and bingo.