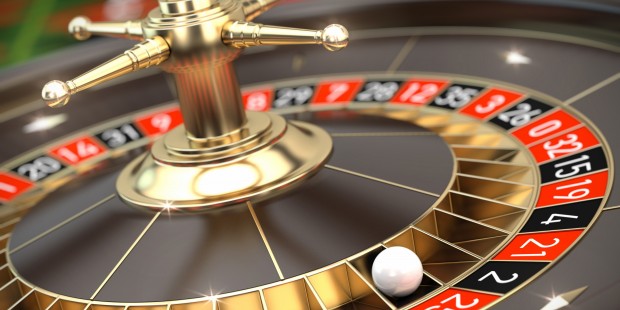 Knowing the game of Roulette well might help you win a bet or two, but understanding all the particular layers and finer mechanics behind the various quirks and not-so-random variables can give the player a fair advantage over the course of the game, and help even the odds by somewhat removing the house edge. Players, however, are not the only ones to use bias wheels to their advantage. Opportunistic casino owners see big profits from exploiting even the slightest irregularity in both the bowl and/or the wheelhead mechanism of the wheel.

Players wouldn’t have a problem with bias roulette wheels if they bet in virtual/online casinos, where the sequence of winning numbers is supposed to be truly ‘random’. But when playing in a land-based casino, one can always expect that the roulette wheel will behave in some way, which in principle wouldn’t make sense. Even the highest-quality roulette wheels will eventually fall victim of time and start giving bias results. This is not due to some ‘intentional’ ploy to swindle players out of their precious money (although they have been many documented cases of such things happening), but simply due to the physical limitations of the materials themselves, which in turn dictates the ‘wear and tear’ factor.

Roulette wheels are made to look way more ‘random’ than they truly are. For example, if you look at how the wheel is spun, you will see the ball going in one direction, and the wheelhead in the other direction. This gives the illusion that the ball is entirely on the whim of its natural forces, and the end result will always come out random and unpredictable. This is a valid and practically true statement, at least in theory. In reality, however, there are many factors that show otherwise.

Even the most elaborate roulette sets have the tendency of breaking down after years of intense use. No matter how hard the dealer spins the ball, the wheelhead will eventually start favouring a particular set of numbers. There is no specific way to tell which sections of the wheel will be the first to go. What’s more, the deterioration is rarely so easy to notice. It would take a review of hundreds of thousands of spins to establish that there is something wrong with the equipment. This is a long and complex process and it can take weeks for the casino to notice a bias. In that time, lucky players might exploit the wheel, even unknowingly.

A bigger challenge is actually finding a wheel that is ‘damaged’ enough to mathematically affect the house edge in favour of a certain bet (most often a combination). But as long as the wheel doesn’t lose the house money or the fault is not excessive, it could remain in place for a while longer. Casinos prefer to change their equipment at regular intervals rather than inspect each wheel individually. This means that there may be some window of opportunity for you to exploit this if you are lucky enough, that is.

Anyone who is a fan and/or specializes in firearms will tell you, that hitting a target while in motion takes years of practise and dedication to master. This is because a good marksman learns to predict where his sight should be pointed at before pulling the trigger. In the game of roulette, the more erratic the movements of the ball are, the harder is to predict where they are going to lard.

High-end casinos usually employ ivory balls (ivory being the overall standard at the moment), but due to ivory’s high price, synthetic materials can be used instead. Other materials used to design roulette balls include acetal, Teflon, nylon and phenolic. Depending on the manufacturer, all or some of these substances may be present in a roulette ball. As it happens, the proportions of each material determine how the ball will react while in motion.

Different materials give the ball different levels of “bounciness”. The ball’s bounciness also has an effect on the game. Balls that like to jump a lot when nearing a stop are thought to be more unpredictable; making it harder for the observant player to take advantage of the situation. Additionally, a ball might bounce outside of the wheel and be lost on the casino floor. On the flip side, if a ball is not bouncy enough, then it will be too predictable and players might learn to recognize the pattern. Therefore, manufacturers try to strike a balance in how bouncy a ball will be.

What casinos fail to realize is, that the more the ball passes through the numbers, the more influence the biased wheel is going to have on the outcome. Balls that are too bouncy are discouraged because of their extreme physical properties, and the tendency of flying off the tables.

At the beginning of each game, the dealer will slowly spin the wheelhead (or rather just keep it turning at a slow pace at about a quarter turn per second) before throwing the ball counter-wise to the direction of which the centrepiece is spinning. Bigger and most experienced casinos know that biased wheels work better when the speed of the wheelhead is high enough to allow the ball to jump around as it passes through the numbers. Sometimes these problems are due to poor hardware maintenance as time takes its toll on the bearings that keep the wheel-piece turning. Smaller casino halls would often encourage their dealers to spin the wheelhead faster, in order to make up for the ‘wear and tear’ of their equipment.

Rapidly-spinning wheelheads are notorious for being difficult to read. Sometimes the wheel can be hurled so fast, that as the ball lands in a pocket, the dealer has to slow the spin down in order to see the winning number. A popular prediction method known as ‘visual tracking’ is taking its toll on the nerves of more paranoid floor managers. To ‘prevent’ visual tracking from occurring, they would tell their dealer to change the speed of every single spin. This might not bode well for the inexperienced visual tracker, but for professionals using computerized methods, business goes as usual. In fact, a simple pocket device is all that is needed to make somewhat accurate predictions that have little to do with how fast the wheel is spinning.

Of course, casinos try to dissuade any means that players have to predict the outcome of a game. Computerised devices are naturally banned at the table. This also includes your phone, so that is out of the question. Some establishments have also banned the use of stopwatches or other similar tactics. Still, a casino cannot stop a player from simply watching the wheel and observing the spin. However, that does not mean that there is no way to stop visual trackers or those suspected of it. Much like card counting in blackjack, this is not illegal or considered cheating. Regardless, if the house believes that you are trying to get an advantage, it could refuse service and ask you to leave the establishment.

Ball switching is akin to changing the dice in craps or opening up a fresh deck of cards in blackjack. It gives the house peace of mind that the player is not trying to predict the outcome based on the speed and velocity of the ball. Dealers will often switch their ball, especially when a player is riding on a winning streak.

Roulette tables often come with at least three spare balls. It should be noted that any prediction strategy based on a single ball size might fail if there is a drastic change in the variables (i.e. the size and weight of the ball). Specific calculations demand accurate, on-the-spot data that can be summed up and used without the end result different too much between the spins.

An ingenious way to control the ball from the sidelines has been used (and still might be in use) today. Switching the dealer’s ball with a fake one (a ball filled with lead nonetheless) and controlling this ball using magnetic devices is among the oldest (and most successful) methods for cheating there is. The ball is switched using hand dexterity while the dealer is not looking (professional Las Vegas illusionists can do tricks like these in a blink of an eye).

Hence the dealer might alternate his balls between each spin as to secure fair and accurate results. Bigger, and thus more profitable casinos had gone so far as to actually installing anti-magnetic/magnetic detection devices around their tables, to keep the cheaters away. Nowadays, smaller casinos just run a magnet or a compass by the ball to check if it is up to order.

As you can imagine, this is straight-up cheating. Getting caught doing this will definitely have a negative impact on your experience. The punishment will range between getting your bets refused, being banned from the casino, or even sued. Casinos do not enjoy it when players cheat and there are laws in place to prevent this from happening. If this does not deter you, then consider doing it somewhere away from home, so as to maximally avoid any negative fallout. Of course, in a perfect world, you would not do it at all.