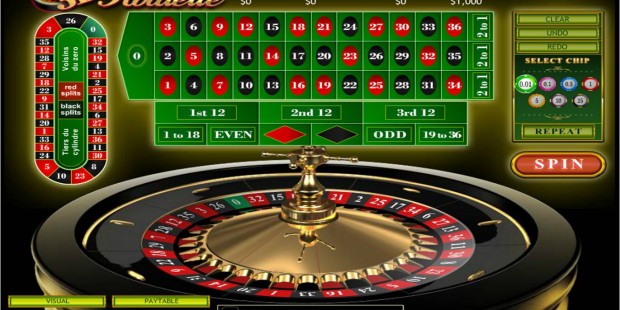 The game of roulette had changed very little throughout the course of history; with only minor differences such as the house having a better edge. As far as the records are concerned, there are three major types of roulette. American roulette features 38 numbers total (1-36, 0 and 00). European and French roulette don’t have the extra house number ‘00’ – giving them a total of 37 numbers.

If you think that these differences are minuscule and don’t really change the overall overtone of the game, think again. European casinos are much laxer when it comes to odds, having only a 2.7% house edge; whereas American casinos, having one more house number, have a whopping 5.26% house edge. We will look at these separately, and see some of the key differences between these main branches of roulette.

Additionally, we will also go over some modern iterations of roulette, primarily those developed by the online gambling scene.

There are three main variations of roulette available globally. These are the types that you will find at land-based casinos and the most prominently featured versions at online venues. You will be able to play them no matter where you go. Still, it is important that you understand the slight differences between them.

This is practically where it all began. Roulette was played on the streets of Paris for nearly two centuries now, and the rules of the game haven’t changed much since. The key difference between French and European roulette is the layout. The most important thing to know when playing French Roulette is that there is only one house number – 0. You should look out for this number, for even if you didn’t bet on it, there are certain rules that can get you out of trouble.

En Prison – This is a special rule that applies to an even bet (bets that pay 1 to 1, like red/black, odd/even, high/low). If the ball lands on zero, you can ‘imprison’ your bet until the next spin. If you then guess correctly, you get to keep only half of your winnings. If you don’t win, the bet is gone. If by any chance the ball once again lands on zero, the bet can be ‘double imprisoned’ or lost, depending on the casino. Some high-end casinos might even let the bet ride until something else than zero comes up.

La Partage – This rule has very much to do with en prison. When an even bet is placed, and the ball lands on zero, the player gets half his bet back.

As soon as the game was introduced outside France, its popularity and fandom jumped exponentially. European gambling aficionados liked this “little wheel” the French had invented, and soon enough establishments all over the continent joined it to share the fun. The original “French” design was revamped, giving it a more (English) universal visage. But even if the overall design of the layout had changed, the rules of the game stayed pretty much the same.

European casinos outside France might be reluctant to give players La Partage, and sometimes even En Prison! This raises the overall house edge by about 1.3%, but again, this is more up to the casino than the roulette-style itself.

If French and European roulette resemble identical twins; then American roulette would be like a distant cousin. And I am not talking about the rules alone; rather the whole manner by which the game is treated by casino enthusiasts, but first things first. American roulette differs from French and European roulette by having one extra house number – the infamous 00. This doubles the house edge, raising it to 5.26%. This might not seem like much, but spread through the course of a decade, this extra number can save a casino millions.

If you live in the United States, be sure to find a casino with French/European tables. You might want to try the Las Vegas Strip (and not Atlantic City). Another interesting fact surrounding American roulette is that there is no tool by which to collect the chips. In European style roulette, the croupier would use a small, extendable spade/rake-like tool to gather all the chips. In the United States, the dealer has to take all the chips by hand.

Usually when the house has such a big chance of winning, playing risky is not the way to go. American players should be focusing on outside bets and low-paying inside bets. European style players have the benefit of a much lower house edge, so naturally a more daring approach would be advised.

In the real world, you will find primarily the main three variations of roulette. However, if you want something novel and different, then the virtual space has what you want. The iGaming space offers more varied and intricate gaming options. The roulette genre has seen some new iterations over the years and players have multiple new games at their disposal. Below, we will cover some of the more compelling variations that can only be found on the Internet.

Mini Roulette is a compact version of the game and it can be played at several online casinos. Unlike most other roulette options, Mini Roulette features a 13-pocket wheel. The numbers range from 1 to 12 and there is also a green zero pocket. Mini Roulette is reminiscent of certain party games you might want to engage in with your friends.

With the 13-pocket wheel, we see changes to the betting options, as well. A straight-up bet will now pay 11:1, to reflect the lower number of pockets. By the same logic, a split bet pays 5:1.

The outside bets are mostly the same; you still have red/black, high/low, and odd/even. All three pay even money. The dozen bet has been altered and in Mini Roulette, it only includes six numbers.

In the Playtech version of Mini Roulette, there seems to be a ‘la partage’ rule in place. This means that anytime you place a bet that does not cover zero and the ball lands in that pocket anyway, the game will refund half of your bet.

Another notable change is in the game’s house edge values. Mini Roulette comes with a higher house edge than most other roulette games out there. Specifically, it stands at 7.69% for all bets.

Multi-Wheel Roulette brings in changes nobody thought we needed. Yet still, this game is somewhat popular with the general player base and can be found at several casinos featuring Playtech and Microgaming software.

Multi-Wheel Roulette is played using the European wheel and rules. There are 37 pockets on the wheel and the betting layout also reflects this. What the game does differently, however, is that it allows you to play with up to 8 wheels at the same time.

So how does it all work? You can play with as many or as few wheels as you want. There are no limitations on that front. For every additional wheel you activate, your bet will also increase proportionally. With all eight wheels, your bet will be 8 times higher. Each wheel works independently and each wager can win or lose regardless of the others. Therefore, just as you can have 8 winning wagers from a single spin, you can also get 3 losing and 5 winning ones.

In terms of the odds, the 8 wheels do not have a real effect. The only thing you are doing is playing more spins per hour than usual. In this sense, Multi-Wheel Roulette is not unlike Multi-Hand Blackjack or Video Poker.

The previous game featured multiple wheels, this one features multiple balls. Double Ball Roulette is a relatively new phenomenon most commonly found at casinos powered by Evolution Gaming. On the surface, Double Ball Roulette uses the European layout and wheel. However, the two balls make things novel and exciting.

The way the game interacts with the two balls is also quite interesting. For instance, both balls must fall in the correct pockets for an outside bet to win, whereas only a single ball is needed for an inside wager. There is also the so-called Double Ball Jackpot, where if both balls land in your straight-up bet pocket, then you win a massive 1,200:1.

The other betting options have also been adjusted to fit the double-ball play style. Depending on how many balls are involved in your win, the payout may increase or decrease accordingly.

Other forms of roulette are rather conservative when compared with Double Ball Roulette. As far as the odds are concerned, Double Ball Roulette features a house edge of 5.33%. This is only slightly higher than American Roulette but the novelty of the game makes up for that.

Ever wonder what roulette would be like without the house advantage? You have the opportunity to find out thanks to No-Zero Roulette. This is one of the rarest roulette variations and is not commonly offered at online casinos. After all, if the casinos do not stand to make a profit with a game why would they include it in the first place. Still, if you can find one that hosts this game, do not hesitate to join.

As the name of the game implies, there are no zero pockets in this variation. This has several effects on the game. The most important of which is that the house edge is eliminated. The payouts are kept at their original ratios, and this makes No-Zero Roulette a 100% RTP title. These are incredibly rare in the gambling industry and it is quite difficult to find one. With no house edge, the game is statistically fair for both the players and the casino.

At face value, No-Zero Roulette might resemble European Roulette. However, knowing that there is no house edge puts it leagues above every other variation.

Jackpot Roulette games are interesting, to say the least. There are only a few of them available in the online gaming scene and most of them come from Playtech. Since Playtech is a major software provider, you can find plenty of online casinos where you can play them.

1000 Diamond Roulette and Diamond Bet Roulette both feature a similar jackpot feature. Diamond bet Roulette uses a 38-pocket wheel, with 36 red and black pockets, a zero pocket, and a Diamond pocket. On the other hand, 1000 Diamond Roulette does away with the rulebook and includes a 105-pocket wheel. Of those, 100 are typical red and black pockets, while the other five are reserved for the Diamonds. In both games, if you bet on the Diamond pocket and win, then you will earn the standard payout for a straight-up bet with a random multiplier.

Age of the Gods Roulette is another jackpot game, this one in the Age of the Gods series by Playtech. Not only is the game stylized to fit with the overall theme but it also gives players the opportunity to win a large progressive jackpot.

On the gameplay level, Age of the Gods Roulette uses a 38-pocket wheel. The standard 36 red and black pockets are included, as well as the zero pocket. The final pocket is for the Age of the Gods Bonus symbol. If you place a bet on it and win, you will have the chance to win the jackpot. Triggering this feature will bring up a mini-game and you can try your luck to win 6- or 7-figure sums.

Gambling Plex will not be held liable for the loss of money or any damage caused from relying on the information on this site. Playing casino games with real money carries a high level of risk and may not be suitable for you. If you have problems related to gambling addiction we recommend you visiting www.gamcare.org.uk and ask for help.