European roulette is a direct descendant of the already popular French roulette – the only difference being the layout design. The game is played pretty much like any other game of roulette; we have the wheel – 37 pockets (1-36 black/red pockets and one 0 green); the chips; the dealer and the table. European roulette rules are employed all over the world; for they offer a better chance of beating the odds, compared to American roulette.

The dealer does not deal in paper money. Unlike popular culture, you cannot just throw in your wallet, or your brand new Rolex and say something like “put it all on black”. To play the game, you must first learn the rules – and one of the rules state that you need chips. Each player receives his own set of chips (each colour represents a different player), so there would be no confusion of who bet on what. European casinos use a short spade tool to collect the chips.

The wheel in European Roulette includes 37 pockets. From those 37, 36 are alternating red and black, for numbers 1 through 36. There is also a green pocket for the 0. The pockets are placed in such a way that a low number is next to a large one. Moreover, consecutive numbers are found on opposite sides of the wheel. The numbers on all European wheels are presented in the following sequence:

As for the betting layout, it is represented by a grid of numbers. It features 3 columns and 12 rows, as well as, the zero on top. Each number has its own special box for easy distinction. Next to the grid, we find additional betting options. In the next point, we will see what bets you can place on the layout.

The bets are placed on the layout and the wheel is spun by the croupier. Bets can be placed shortly after the wheel is in motion. There is always a ‘bet minimum’, meaning that you cannot play unless you have a given amount of chips. Let’s say for example that the table minimum is 100$. There are two things you can do. Either place the total sum of $100 on an outside bet or divide the money between a few inside bets.

The Inside bets are a couple of wagers, which can be found directly within the numbers grid. They range from low- to high-risk and offer the most variety from all bet types in roulette. The rewards for each wager are determined by its chance of success. Naturally, the higher the risk, the better the payout. Below, we will list the Inside bets in order of payout size.

The Outside bets are found directly next to the numbers grid. Rather than betting on any particular number, the Outside bets deal with certain characteristics of the winning number. This group of bets are lower in risk than their Inside wagers counterparts. As a result, they provide lower but more consistent rewards.

Even Money – These are the lowest paying bets in the game. On landing a lucky guess (47% probability on a double zero table), the house pays off 1 to 1 – hence the name even money. There are three instances where you get paid even money: red/black, odd/even, high/low bet.

A Call bet in European Roulette refers to a collection of several Inside bets that form into a special wager. These cover multiple parts of the wheel and therefore, give you a larger probability to win. There are several Call bets in European Roulette that you can place. At a land-based casino, these are not put down by you. Instead, you call out to the croupier and they do that for you, hence the name Call bets. At online casinos, the games may or may not have the option to put down Call bets automatically.

The house edge is a term that any experienced player is familiar with. No serious player likes the house but it is a fact of life and we have to deal with it one way or another. So what is the house edge? The house edge is the mathematical advantage the casino has over the players when it comes to the cash turnover. All casino games are designed to intrinsically favour the house. It is how the casino makes money and it can make games both appealing and unappealing.

The way it works is rather simple. The payout odds of any bet are lower than the odds at winning the same wager. For instance, an even money bet will pay 1:1. However, your chances of winning are not 50%. That would imply true odds. Instead, all even-money wagers will win 48% of the time. This discrepancy constitutes the house advantage.

Going into specifics, a bet on black will win whenever the ball lands in a black pocket. There are 18 black pockets in European Roulette. Additionally, the wheel also features 18 red ones and a single green pocket. Therefore, you have 19 cases in which you lose and 18 in which you win. Since the odds of winning are lower than the odds at losing, you are statistically more likely to lose.

So how does this play out? If you play an infinite number of spins with an infinite bankroll, the casino will have a 2.7% advantage as far as European Roulette is concerned. Based on this number, we can conclude that the Return to Player (RTP) percentage of European Roulette is 97.3%. The RTP is the statistical percentage of all bets that the casino pays out to winning players. The combined value of the two metrics is always 100%, no matter the game.

However, what you need to take into account is that the house edge only comes into effect when a large number of spins are involved. In the short term, anything is possible. This makes it possible for some players to hit a winning streak and go home richer than before. However, the more you play, the more the house gains an advantage.

Beating the odds is impossible. No matter what you do, the casino will always come out on top. This is where the phrase ‘The house always wins’ comes from. The only way for you to succeed is to quit while you are ahead.

Now that you have a better understanding of how European Roulette works, you might be wondering what the best games out there are. As it happens, there are many different European Roulette titles out there. While all many share the same style of play, each comes with its own aesthetic and presentation. Below, we will mention some of the most popular ones among casino players. 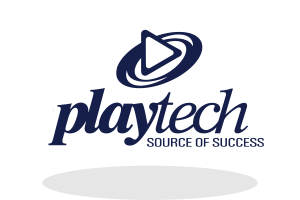 Playtech is known for its high-quality titles and its table games also fall into that category. Premium European Roulette puts the player in front of a European table. You will have access to the betting layout and the game even includes a racetrack wheel from which you can place Call bets. What’s more, Playtech also offers a history of the winning numbers and a close-up on the ball. 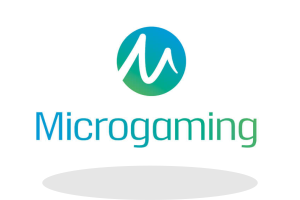 European Roulette Gold may be somewhat dated by modern standards but the game still holds its own in the competitive iGaming market. Designed by Microgaming, European Roulette Gold gives players everything they need for an enjoyable gaming experience. Aside from the standard layout, players will also have at their disposal a racetrack wheel with three Call bets. Moreover, European Roulette tracks the previous numbers, while the Rebet feature will make it convenient for you to place bets. 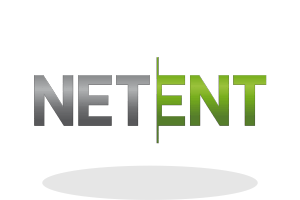 NetEnt is perhaps the most popular software provider out there. Seeing this company’s European Roulette game, we can see why. Released in 2017, European Roulette by NetEnt offers high-end graphics and an atmosphere to rival any game out there. The layout is placed horizontally in front of you for added convenience. This game also gives you a Hot and Cold Tracker to give you an idea of which numbers have not come up in a while. 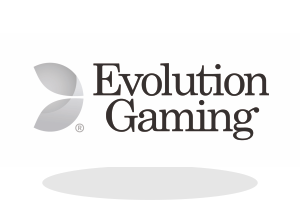 If you would prefer something more immersive and realistic, then you cannot go wrong with Evolution Gaming’s version of European Roulette. This game is in the live dealer form, which means that there is an actual croupier working the wheel. What’s more, you have access to more Call bets than the previous three games and the betting limits are raised even higher. Of course, we cannot neglect the fact that you can talk with other players at the table via the chat system.