Bwin.Party has revealed plans to revitalize the business by launching a number of new products and re-launching its revamped PartyPoker

Bwin.Party Digital Entertainment, the giant online gambling group, will soon be re-launching its new poker product and has hired former 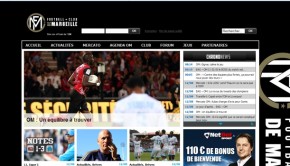 Bwin.Party Digital Entertainment recently announced that it has entered into a new sponsorship deal in terms of which the Bwin

Norbert Teufelberger, the head of online gambling giant, Bwin.Party digital entertainment, is due to be charged in a French court