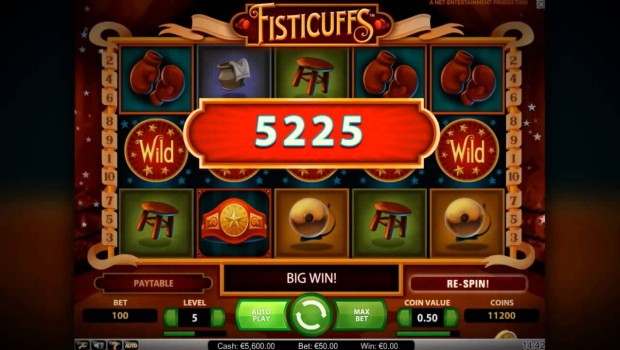 December is one of the best months for casino players with top casino software developers Net Entertainment, Microgaming, and Probability releasing a host of new games. Swedish casino games developer Net Entertainment launched two games in the first week of December, which are among the hottest right now.

This included a new slot, Creature From The Black Lagoon, and its latest online roulette offering, European Roulette. The slot game was developed in partnership with Hollywood’s Universal, and is an excellent theme-based version of the classic film of the same name.

Creature From The Black Lagoon is a feature-packed 5-reel, 3 row 20 payline video slot. The game design features a prehistoric half-man half-fish creature that captures heroine Kay and takes her to his underwater cave. Free spins trigger the monster’s appearance while players have the task of rescuing Kay once the target symbols appears with the creature. The ultimate goal is to collect target symbols and kill the creature.

To maximize wins there are wild substitutions, spreading wilds, re-spins, and more. Chief product officer Simon Hammon expressed satisfaction at the company’s collaboration with Universal where players can expect a real treat. There are some fantastic prizes attached to this game during the holiday season. Net Entertainment’s European Roulette has also garnered significant interest online. It provides standard inside and outside betting types along with the option of racetrack bets and place combinations of the three.

Microgaming’s Secret Santa, a festive-themed slot, has also experienced much traffic over the past week. The 5×4 reel, 1,024 ways-to-win slot features seven randomly triggered rapid-fire bonus games with some amazing prizes. The rewards include free spins, mystery multipliers, wild reels, scatter sprees and dashing wilds. Five of a kind is a unique game-play feature where the reels will re-spin after the payout to deliver another five of a kind win.

Microgaming’s head of casino Mike Hebden termed Secret Santa was the ideal gift for operators and their players. The game’s nostalgic design and powerful math engine allows for fast-paced game-play and frequent rewards.

Probability also rolled out a Christmas themed mobile slots game on its LadyLucks and Moobile brands. Reindeer Readies is also available across Probability networks that include William Hill and Paddy Power. The game offers as much as £6,000 in prizes from a single spin. It incorporates festive music and colorful graphics and is the latest addition to a host of HD games launched by Probability this year.