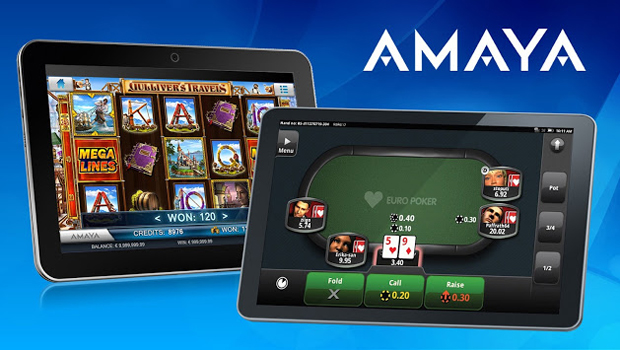 Montreal Canada based Amaya Gaming Group Inc. has entered into a licensing deal with Ultimate Gaming’s company Fertitta Acquisitions Co. Under the agreement, a wide range of proprietary games will be made available to Ultimate Gaming New Jersey-facing site via Amaya’s Casino Gaming System (CGS). The games are set to be launched live on UCasino.com.

Tobin Prior, Ultimate Gaming’s chief executive officer said the company was delighted to offer its customers Amaya’s wide selection of high quality online casino content. The operator’s objective is deliver the best possible experience to its players though engaging and entertaining games from leading content providers like Amaya.

Amaya Gaming’s CEO, David Baazov was also pleased at the partnership and found it a valuable addition to the company’s growing list of licensees. The CEO said providing online casino content for real money gaming in New Jersey has allowed Amaya to establish a strong base in the promising U.S. market. Baazov said the company is looking for more opportunities to increase their market share by providing new and innovative gaming content, which includes HTML5 games and online and mobile versions of game titles already popular in land-based casinos.

Around 70 casino games from Amaya are expected to be launched live in New Jersey. This includes video poker, table games, and popular slots titles like Chilli Gold and Bars & Bells. As part of the deal, Ultimate Gaming has the option to integrate Amaya’s content via the Casino Gaming System on other gaming sites in the future.

Amaya will receive a percentage of net revenue generated through its games and through third-party games via CGS as well. Amaya already has a presence in New Jersey’s online gaming market. It already supplies content to Betfair, and Caesars Interactive and bwin.party, the Borgata Casino Hotel & Spa’s online gaming partner.

Ultimate Gaming established itself in the New Jersey market through its partnership with Trump Taj Mahal Casino. It has generated revenue worth $1.45m since the launch of online gambling in New Jersey in November last year. Amaya says it has doubled its revenue last year in line with its expectations. The company reported a 102 percent increase in revenue to $154.5 million for 2013. The company has grown at a phenomenal rate over the years and has established itself in most of the larger regulated gambling jurisdictions.