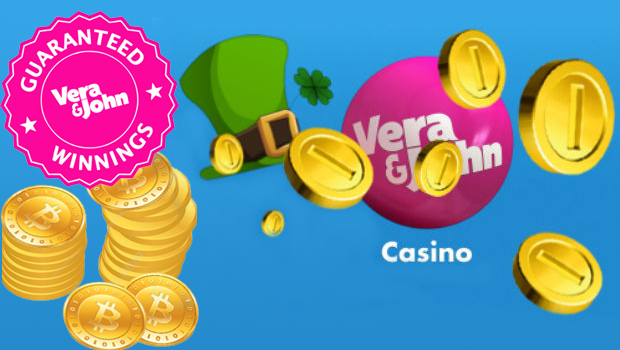 Virtual currency Bitcoin is in the news again with Vera&John reportedly becoming the first licensed and regulated online casino to permit customers to make deposits. The currency will be automatically converted to Euros in real time and deposited in the customers’ account. The Malta-regulated casino has begun accepting the virtual currency as deposits from its customers. Those who make Bitcoin deposits will only be able to withdraw in Bitcoin.

Players will be able to use Bitcoins for Vera&John’s entire range of over 200 slot games. Since the casino converts the virtual currency to Euros in real time they are not exposed to any market risk. The casino currently offers games from the leading casino software developers that include Play’n GO, Betsoft, IGT, Nextgen Gaming, Bally Technologies and Three Pigeons. According to the casino’s sources, gamers can win up to 5,000 BTC in a single bet. It is currently working with Coinapult, which acts as a payment processor for Bitcoin deposits. The payment option will be open to players worldwide.

Vera&John currently do not permit US based customers due to current gambling restrictions in the country. A spokesperson from Coinapult said that it was only a matter of time before other gaming operators realize the potential of Bitcoin technology and that it can be easily integrated with their existing payment gateway. Moreover, it is used as a payment network rather than a currency, which makes it a safe alternative.

Coinapult allows users to send Bitcoins by email or mobile phone for free, without the need to open an account. The service operates under the laws of Panama. According to its spokesperson, being able to build business relationships like the one with Vera&John, in market-friendly jurisdictions where banks have a clear regulatory framework is what the company is looking for. This is one of the reasons why Coinapult is said to have opted out of the US and established itself in Panama.

In other news, Swedish based casino software solutions provider Play’n GO entered into an agreement with Bonnier Gaming, the online gambling extension of well known Swedish media conglomerate, Bonnier. According to the agreement, the software provider will supply its full range of desktop and mobile casino games to Bonnier Gaming. It also includes new games to be launched by Play’n GO in 2014. The games will be made available on all Bonnier’s gaming brands, which include Bertil.com, Vinnarrum.com, Mamamia.com, and Redbet.com.