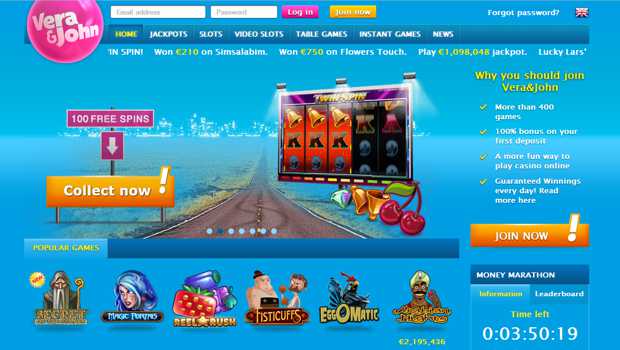 Customers of online gaming operator Vera&John can now enjoy a wider range of games from the end of January 2014. In a deal with online games developer Yggdrasil Gaming, the casino will add the developer’s full suite of 23 game products to its library. This includes a selection of localized games targeted at Asian markets that have been customized for a number of Asian languages and currency options.

The Malta based developer’s lottery and games platform is based on state of the art technology and is certified by external testing houses. Earlier in December 2013, Yggdrasil released its first in a new series of slots products, Jokerizer, in collaboration with SpilleAutomater.com, a Norwegian based online casino. The five-reel high roller game marked the developer’s entry into the slots arena.

Yggdrasil has an extensive selection of traditional number games such as lotto, keno, and scratch games as well. Their NUMB3R games portfolio includes action packed 3D titles with features such as free rounds, multipliers, double-up, and traditional classic lottery games as well. Yggdrasil’s chief executive Fredrik Elmqvist said the company was pleased to be partnering with Vera&John in its effort to expand into the Asian markets. According to Elmqvist, in addition to their current content library and localized games, Vera&John will be able to cash in on the new games being developed. The company currently delivers one game a month, a figure that Elmqvist says will increase in the near future.

Vera&John’s casino director Nicolas Lund was also enthusiastic about its partnership with Yggdrasil Gaming and the opportunity for the casino to enrich its current portfolio with a full lottery game section and other unique products such as video keno.

The director said Vera&John had great expectations of meeting the needs of customers in the European and Asian markets and looks forward to a successful launch. The deal includes Yggdrasil’s web and mobile products which are expected to be launched on Verajohn.com, Verajuan.com and Vera888.com on January 28.

In other news, gaming solutions firm Cantor Gaming has taken on a new identity after rebranding itself as CG Technology (CGT). The rebranding is part of its strategy to focus on mobile casino gaming technology and its range of race and sportsbook products. The company expansion plans also includes a public offering in the future. CGT reportedly doubled its business over the last two years with an estimated 30% share of the Nevada sports wagering market.