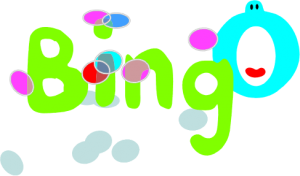 I have discovered that celebrities play bingo. I’ve always known that celebrities endorse bingo and even run online bingo games with their own special bonuses but I hadn’t realised how many.

Katie Price, formerly Jordan, endorsed Foxy Bingo, appeared in their advertising and even popped up in the chat rooms as she played. Foxy’s got some other famous faces in his collection now though. You can currently read an interview with Len Goodman of Strictly Come Dancing and Foxy has teamed up with another Essex girl, Lauren Goodger of TOWIE to create a perfume! Wow!

Sharon Osbourne was once the face of Gala bingo, whilst Barbara Windsor was the darling of Jackpotjoy.

Catherine Zeta Jones apparently loves nothing more than to hold a bingo party for friends. Other celebs who love a bit of bingo include Mick Jagger, Simon Le Bon and the one and only Robbie Williams!

If the thought of going out to your local club and meeting celebs playing bingo is too much for you, you can find out about the best bingo bonuses and sites online too. No stress at all.

And you never know when one of those celebs will pop up in the bingo chat. I’m off for a game of bingo now! See you later everyone.