Why Bingo is so good for you! 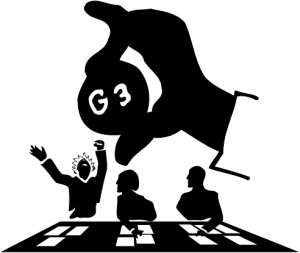 With a rise in obesity in Western countries there is so much emphasis in the media on the importance of physical activity that one tends to forget how important mental activity is. Just as physical activity can keep our body healthy, mental activity can keep our brain healthy. If you take small steps now to keep mentally active such as playing chess, doing crosswords or indeed playing bingo then you are much less likely to develop conditions such as dementia in later life.

Recently, results of a new a study conducted by the Rush Memory and Aging Project in Chicago have been released which support this hypothesis. Over seven hundred elderly people were interviewed about their memory, thought processes and hobbies where they were mentally active. These elderly people were then subject to tests over the next five years, ninety out of the sample of over seven hundred developed Alzheimer’s disease. The conclusion based on the findings of this study was that frequently participating in hobbies which involve being mentally active was associated with a 50% reduced case of Alzheimer’s disease and a mentally inactive person was 2.6 x more likely to develop Alzheimer’s compared to a mentally active person.

So it turns out that as well as being fun, our love for online bingo might be giving us a better quality of life in the future. Its also taken for granted how beneficial having a hobby such as online bingo is for our quality of life right now. Having a hobby goes hand in hand with happiness. We all need something in life to feel passionate about. As well as embodying the fun factor, online bingo also gives us a chance to relax and switch off from the stress of day to day life. This is also a hobbie to suit everyone due to the fact that it can cost as much or as little as you choose. There is always the option available to Free Lucky Bingo.

Another important positive aspect that online bingo has is friendship. When you become a regular at an online bingo room you really get to know people and become part of the community. Friendship is so important for contentment. So next time you are playing bingo and feeling guilty as you should really be doing the housework stop and think, maybe you should just carry on playing bingo!